During our life and our evolution, we constantly experience cycles of death and re-birth. There are small cycles within larger ones; and these cycles intertwine together creating concentric circles, expanding upwards into spirals which represent the patterns of our evolution.  As we grow in consciousness, we shed the old ways of seeing the world and our relationship with ourselves, with others, with nature and with God changes, so that we may align ourselves more fully with God. In order to do this, we need to let go of the beliefs that were spoon-fed to us by society and our families so that we may see the world and ourselves through the eyes of Truth. Our Higher Selves are our True Selves and the wisdom we receive from our Higher Self and our Higher Mind or (Super Conscious) guides us to live our best life upon this earth in this lifetime.

The Universe offers us portals, or openings in the energetic field of the Earth that can assist us with these rebirth cycles. Eclipses are potent astrological events that create doorways for evolution to occur. Eclipses come in pairs and during the window of time between the first (solar) eclipse and the second (lunar) eclipse, which is about 2 – 3 weeks apart, there is opportunity for great change. It is to your benefit to work with the energies that present themselves and seize the opportunity for change on the inner plane, using one’s insights and working with one’s Higher Self team to release the blocks that are caused by old wounds that are occur in our pre-natal,  childhood, early years, and past lives. A person carries these blocks, or stuck energies, somewhere in the body and energy field as an imprint, a recurring pattern that the unconscious self, (the Shadow), creates to sabotage positive growth, causing the relationships or events that we do not want to show up over and over again. When we heal the Shadow, we release these stuck energies, these misaligned beliefs and we are able to move forward in our life, attracting different people and events that produce positive experiences and feelings rather than staying stuck in frustrating and painful situations and relationships that we don’t understand. Thus, the old pattern is released and we become more aligned with our True Self, clearing blocks to make more room for our Higher Self to reside within our being. 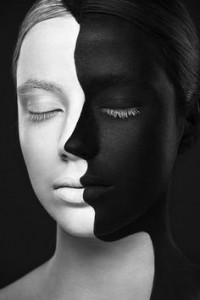 Just recently, on the Pisces Full Solar Eclipse on March 8th, I experienced a great re-birth. One of my oldest wounds, rooted deep in my being, was healed. I had been praying for months for this wound to be healed and my prayers were heard and answered because I was focusing on and calling in the healing. I really wanted this particular issue to transform!

The wound happened when I was a little girl and stemmed from not feeling fully loved, appreciated, valued, respected, honored, seen or heard by my Father. My Father’s own experience as a child was not a happy one; he never spoke well of his parents who mistreated him, in fact he barely spoke of them at all. When he became a Father, he did not know how to raise a daughter with love and affection and to honor her just as she was. He had repressed his emotions because he didn’t trust them since they were always changing, and he chose to stick with the logical thoughts in his head that guided his way in life by reason alone. I felt that he raised his children with the underlying energy of fear permeating the family home and I often cried because even though I was only a little girl, I was attuned to that fear and it didn’t feel good. I was rewarded for intelligence and logic, for achieving within the system and my emotions were completely ignored or dismissed. My learning process was not honored and I was admonished for not “figuring it out”. I did not feel respected or understood, I often felt less than and my self-worth was negatively impacted. I carried that wound into my adult life and did not realize that I had a lot of anger toward my father which lay buried beneath the love and admiration I felt for him. The anger had become part of my unconscious, my Shadow self was formed.  Without understanding this wound, I transferred this anger onto my male partners, authority figures and men in general. There was so much anger and I found myself fighting with men, my Shadow self would express itself if I felt ignored, rejected, unappreciated or diminished in any way. I had taken on the role of the victim, feeling oppressed and hurt by the “overbearing” and “controlling” men in my life.  I could not see the part I played in the relationship, I could only see that I was being mistreated and therefore, it was the other person doing this to me, it was their fault. This victim energy or block sat right in my solar plexus and would churn, tighten and get hot when that wound was activated by a trigger.

After many years I recently met the right man for me and we married. Yay! I found that the Shadow was showing up again, in spite of the deep love I have for my partner. Whenever the Shadow/wound was triggered, I would act out in the familiar ways lashing out and speaking hurtful words to “protect” myself.  This was just the same pattern repeating and I had to look inward to see what it was that I was doing to create the discord rather than blaming my partner.  Having spent many years actively working on my self-development, I had the insight as to what needed to be healed. I spoke with my Higher Self team and I placed a prayer upon my altar to emphasize my desire to heal this old pattern. I kept my focus on this desire for healing and sought the truth.

The week before the solar eclipse was especially difficult. I could feel distortion in my energy field, I could feel my “stuff” coming up, causing me to over-react and lose control of my emotions at the tiniest things. It was very uncomfortable! A couple of days after the eclipse, at 4 a.m. in the morning, I was lying in bed in deep discomfort and could feel the tightness and heat in my solar plexus. My new dog, who was yet to be named and had arrived on Shivaratri, the holy day to celebrate Lord Shiva, was whimpering in his crate asking to come out. I let him out and he jumped into the bed with me, curling up at my solar plexus. I was actively communicating with my Higher Self Team and in great distress, I asked for healing and all I heard were the words “Let Go” whispered into my ear.

It was at that moment that I had an epiphany and could see all at once the Truth of the wound, the way I behaved with all the men in my life, my part in the relationships and I had the understanding that I didn’t have to hold onto the anger and resentment anymore, I really could just let it go. I did’t have to analyze it anymore or figure it out, I could just Let it Go! I felt a shift of energy and huge clearing happening in my solar plexus, tears flowed freely and my heart opened, I felt the wound dispersing as I let go. I had the understanding that my father had loved me to the best of his ability, but that he had acted from his own pain and limitations and it was not intentional. He had never overcome his wounds in his lifetime, he never allowed the Light of truth to enter into the dark recesses of his pain. After the energy within me transformed, where there was once tightness and heat, now there was a wide open space and a feeling of peace! I felt immense relief and joy. I was then prompted by my Higher Self team to forgive myself to complete the process, which I did by placing my hands on my heart and saying over and over, “I forgive you, Beth, it’s ok, everything is ok.” The next morning, I named my dog Shiva, the destroyer of wounds within that were obscuring the Light.

The wounds are important, they are like the grain of sand that acts as the irritant in the oyster to create a pearl. We need material to work with for our growth, it is all Divine. 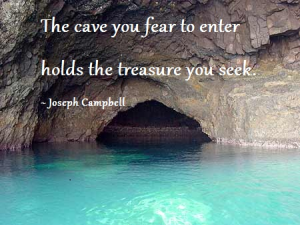 I describe this process in detail to you in hopes that you may also have a good understanding of how to heal your wounds with your Higher Self team through prayer and focused intention.  The Beings of Light that surround us and love us are here to help us with whatever it is we need help with in order to move into a state of greater peace and love and into our Higher Consciousness. I am finding in the days following this healing that the words that once triggered anger no longer hit their mark because the original button or wound has been made whole again. When we shine the light of truth on the Shadow Self and love those wounded parts of ourself and release the stored energy, we integrate all aspects of who we are and we can love ourselves better.

The Shadow work is much needed at this time on the Earth, and we are being supported in this work by the Light that is being sent to our planet. Once the shadow is healed and the unconscious (darkness) is made conscious (light), we will act in ways that are aligned with our best Self, our Highest Self.  If everyone takes responsibility for themselves and does the work by facing the pain and being open to seeing the truth about oneself, much healing can take place and we can move toward wholeness as individuals and collectively.

Remember the Truth, You are Loved beyond Measure, You carry the same light of the Sun, the Moon and the Stars. You are a Beautiful Being of Light coming to Earth to have a human experience where you will learn how to walk your self back to Love, hand in hand with God. Everything is in Divine and perfect order. It’s ok, Let Go, Let Go, Let Go…

Posted in Spiritual Growth
← The Return of the LightMetamorphosis →